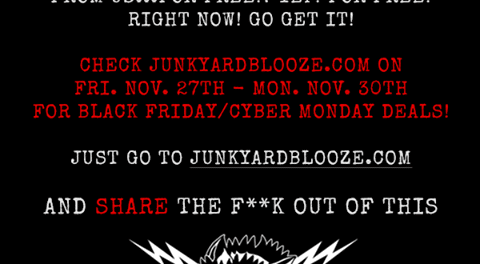 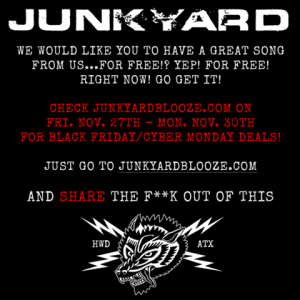 Junkyard are offering one of their songs to be downloaded for free.

The track is called “I Don’t Care About You” and originates from the band’s 1998 self-released album Joker.

The group currently has a number of shows booked for 2016 including:

In mid-2015, Junkyard returned with a new single called “Faded” which also has a B-side entitled “The River” — both of which are available for purchase on vinyl or digitally.