Junkyard release video for song “Cut From The Same Cloth”

Junkyard have released a video for their track “Cut From The Same Cloth” from their new studio album High Water. 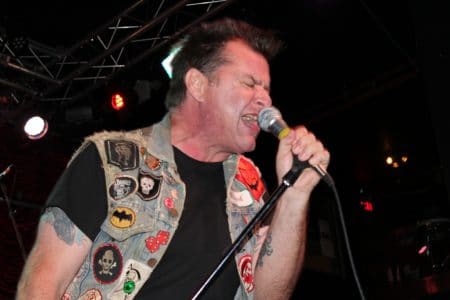 Sleaze Roxx stated the following in its review of High Water: “The 2017 Junkyard are far different from the Junkyard that issued the self-titled album in ’89 or their Sixes, Sevens and Nines album in ’91 for that matter. The ‘classic’ line-up is no more; the holdovers from the ‘glory days’ are vocalist David Roach and drummer Patrick Muzingo. Junkyard have overhauled their sound. It’s not as sleazy as the ’89 model.

Joining the aforementioned are bassist Todd Muscat, who joined the band in the early ’90s, guitarist Tim Mosher and guitarist Brian Baker. Baker, as you likely know, was part of the classic line-up. He participated in the making of High Water but is unable to tour consistently with the band. The current incarnation of Junkyard has more in common with a band like Social Distortion than the Junkyard that we grew up listening to.

High Water isn’t a groundbreaking record by any means. It is however an eclectic collection of well crafted punk, country rock and hard rock tunes.”

JUNKYARD “Cut From The Same Cloth”

From the album, “HIGH WATER” available on Acetate Records (http://www.acetate.com). Check out http://junkyardblooze.com for tour dates and more info. Shot a…