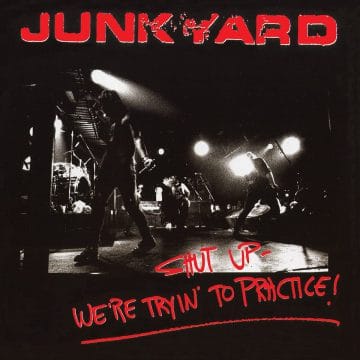 This month marks the 29th anniversary of our debut album that started it all! To celebrate 29 years of Junkyard, the live release, “Shut Up – We’re Tryin’ To Practice” (recorded on our 1st tour back in ’89) will be re-released on CD and Red Vinyl in October of this year on Cleopatra Records! No more scrounging around on eBay and paying $100 for it!”