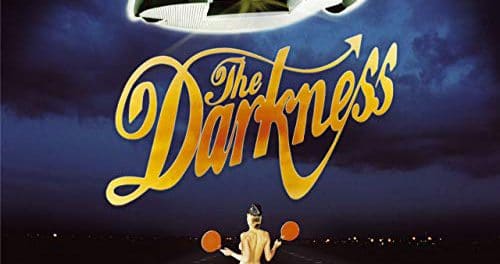 The Darkness frontman Justin Hawkins and guitarist Dan Hawkins were recently interviewed by Music Radar. The Darkness experienced a lot of success early on in their career and the Hawkins brothers were asked how the fame was like compared to what they thought it would be like. 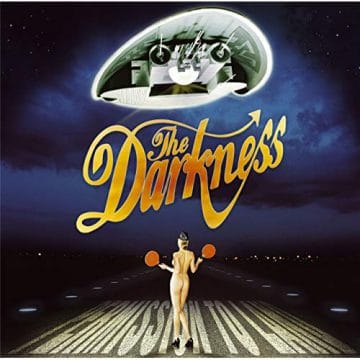 Justin Hawkins opined: “When you think about live music and touring when you’re a kid, for us, there was a live album called Live Magic [by Queen], and you open up the gatefold of that and there’s a picture of Queen’s helicopter flying over the crowd, and you think, ‘Okay, so that’s what [big-time fame] is then: it’s helicopters with your band logo in decals on the side of it. It’s private jets. It’s fast cars. It’s anything you want to make happen of an evening, just happens. People fawning over you.’ And, you know, at a certain level I think it is like that. We did experience that for a bit.

“But the reality is that now you have to be so much more aware of the business side. I mean, we would never have a helicopter now – because we know how much it costs [laughs]. You have to be businesspeople and smart and be able to sustain it when you have moderate success like we have now.

“When you have extreme success, like we did before, you can do whatever the fuck you want and nothing matters. It’s just a great time. It’s an awesome experience. But it can be quite dangerous, I suppose, if you’re not prepared for it. But we didn’t come here to ride the teacups, as I often say. We came for the rollercoaster.”

You can read the rest of interview with Justin and Dan Hawkins at Music Radar‘s website.

Wikipedia states the following in part about The Darkness (with slight edits):

“The Darkness came to prominence with the release of their debut album, Permission To Land, in 2003. Backed by the singles “I Believe in a Thing Called Love”, “Growing on Me”, “Get Your Hands off My Woman”, and “Love is Only a Feeling”, the album was certified quadruple platinum in the United Kingdom, with sales of over 1,300,000. In 2004, the band won three Brit Awards: Best British Group, Best British Rock Act, and Best British Album.

After extensive touring in support of their debut album, Poullain left the band in 2005, and was replaced by former guitar technician Richie Edwards. The band’s second studio album, One Way Ticket to Hell… and Back, was released in November 2005. The following year, Justin Hawkins departed from the band after successfully completing a course of rehabilitation from alcohol and cocaine abuse. As a result, the remaining members formed Stone Gods, and continued to perform and record without Hawkins, who subsequently fronted his own project, Hot Leg.”

The Darkness‘ “I Believe In A Thing Called Love” video (from Permission To Land album):

Watch the official music video for I Believe In A Thing Called Love by The Darkness from their 2003 album Permission to Land.Subscribe to the Rhino Channel! …