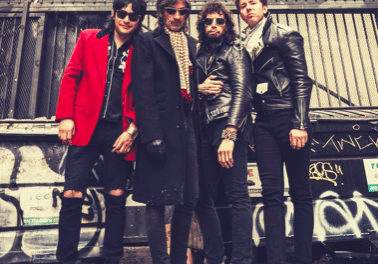 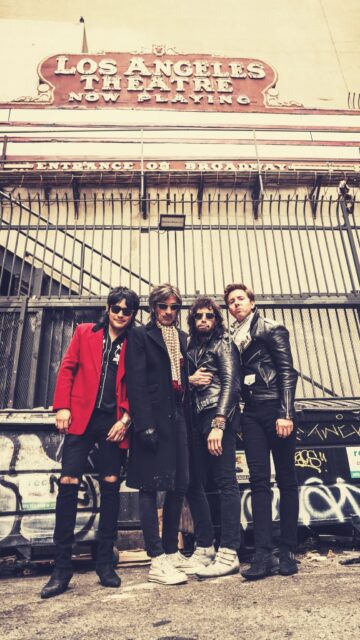 Speaking exclusively to Sleaze Roxx, Tea explained how Juvenile Wrecks came to be: “Before Nigel came in the picture, the three of us have been jamming on and off in different bands together but nothing ever solidified. We were writing some really good material together but always hitting a wall with finding a frontman and a bass player that filled the boots in just right. Eventually that wall led us to get discouraged and we just stopped playing together mainly due to the singer/vocals issue. We stayed as friends, and just jammed on random riffs at random occasions whenever we came around. Blues jams always got us running, but eventually we just went our separate ways. Fast forward two years later, Alan and I began to jam and sing on our own without putting any dependence needing to have a lead singer for the first time. Alan hit up Nigel from The Quireboys / The Brutalist if he wanted to jam. He said ‘Sure.’ Shaun and I joined in. And without necessarily trying to start a band, we all saw the chemistry and heard the potential. Most importantly, we stopped caring to have perfect vocals or a lead singer. We just did it ourselves and the rest was history…”

With respect to the band name, Tea stated: “It really took some time to find the right name that wasn’t taken and described our sound and taste at the same time. Ready to give up with any ol dumb name, Alan, Nigel and I went to a record store in Long Beach one day and Alan found a Steve Treatment record. In the late ’70s, Steve Treatment had a young Nikki Sudden and The Swell Maps as his backing band. As we bought it, we looked at the track listing and there was a track titled ‘Juvenile Wrecks’… We said outloud, ‘Hey, how’s that as a band band?’ We liked the sound of it, but even more because at that moment we realized there’s a line in Mott The Hopple‘s “All The Young Dudes” that goes “Freddy‘s got spots from ripping off stars from his face. Funky little boat race. The television man is crazy… Saying we’re juvenile delinquent wrecks.” You can also catch Hanoi Rocks using the “juvenile delinquents” phrase on their “No Law Or Order” track from their Oriental Beat release.”

Finally, Tea revealed Juvenile Wrecks‘ plans for the rest of the year: “We are planning to release our second single around June/July. It will be out on digital platforms. But vinyl is the ultimate goal. We’ll also be debuting on our first tour in the UK in August this year for a short run of dates. First date is set for August 7th in Blackpool at Rebellion Punk Festival at The Tache Rock Club above The Rose and Crown Pub. Dates will continue in and out of London til Aug 14th.”