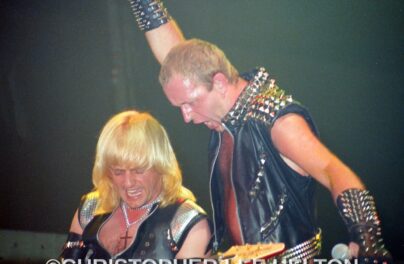 History will be made when Judas Priest get inducted into the Rock and Roll Hall of Fame, which will take place at the Microsoft Theater in Los Angeles, California, USA on November 5, 2022 as former Judas Priest members K.K. Downing (guitar) and Les Binks (drums) will be joining lead vocalist Rob Halford, guitarists Glenn Tipton and Richie Faulkner, bassist Ian Hill and drummer Scott Travis at the induction. 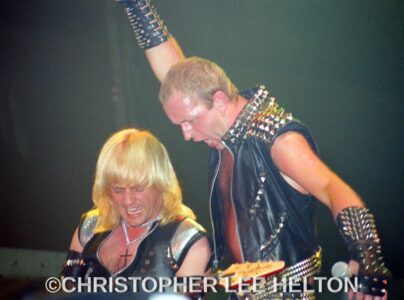 Downing was recently interviewed by Ultimate Classic Rock and stated:

“I think we’ve probably got eight or nine minutes. I’m not even going to be able to break a sweat. The main thing is to represent the attitude and hopefully the legend of what Judas Priest is and has become and what it means to everybody who’s been on that very long journey through the decades with the band. And hopefully, it will just kind of remind people and bring back some cherished memories of the heavy metal parking lots all around the world.”

“Obviously a lot of things have happened and stuff… But we’re kind of all old people, you know? A lot of water’s gone under the bridge, a lot of miles have been traveled, a lot of notes have been played. The thing is we can all kind of be there, have a few beers together, a glass of wine and perform and enjoy ourselves. At the end of the day, it really is an accolade, and I think, if everybody were to be honest with themselves, they would all like to have that accolade.”

You can read the rest of the article / interview with K.K. Downing at Ultimate Classic Rock‘s website.

Other long-standing previous Judas Priest band members include lead vocalist Tim “Ripper” Owens (1996 to 2003) and drummer Dave Holland (1979 to 1989). The latter was later convicted in 2004 of one count of attempted rape and five counts of indecent assault against a 17-year-old male with learning difficulties. Holland was released from jail in 2012 and died at the age of 69 in 2018.