K.K. Downing recalls what was the inspiration for Judas Priest’s leather and studs look 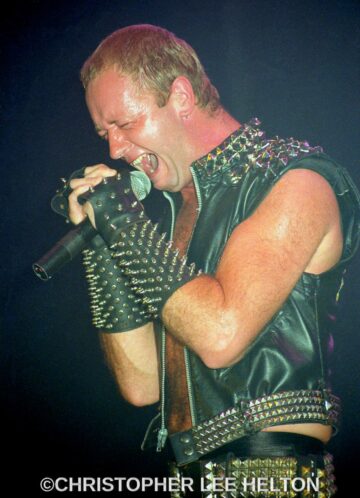 Back in the early ’80s, Judas Priest distinguished themselves from other bands with their leather and studs look. Downing asked what was the inspiration in that regard to which he replied:

“Well, the way I tell it is the fact that at some point we were getting to the point where I definitely felt very comfortable with the music, and the direction. I liked the emotions and intensity, it was going very, very well, but at some point, it didn’t look like our stage presentation fit the music. We’d come to that point. So, I decided to do a u-turn and go all-black with some studs; and a leather choker with some studs in it. There’s some footage on the Japanese shows, actually; 1977 or something like that. And it prompted me to ask Rob if he would consider coming to London with me because I was going there to have some more leather clothes made by a company I found. He came down with me and had some leather stuff made, and we were wearing that live on stage. Then, obviously, it spilled over into the other guys, slowly but surely. It was so befitting because we had a uniform that was all kind of different; we would all design our own clothes, but it had the same kind of ingredient. So, that was very, very cool.”

Judas Priest did change their look when the album Turbo was released in 1986. Downing noted: “Again, a sign of the times. It happened to us as well; the big hair; the spritz and everything that happened in the mid-80s. It was just a big carnival; the world was a big carnival. There was a new superstar band coming through every week at least; whether it was Dokken, Poison, there was a new band coming through. There was an endless stream of great bands coming to the forefront. I guess you get caught up in everything; the mid-80s was the pinnacle, really, of everybody having a good time in the world. Sadly, not right now, with so many conflicts going on; little mini-wars on every street, and every county, and every state, and every country. Back then, there was a lot more unification, especially in the music business. It was wonderful to be a part of all that.”

You can read the rest of the interview with Downing at Vinyl Writer Music‘s website.