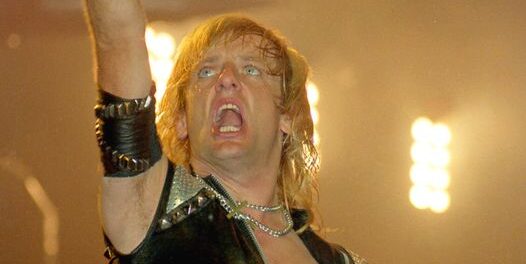 K.K. Downing reveals Rob Halford proposed to form a band with him along with Roy Z in April 2011 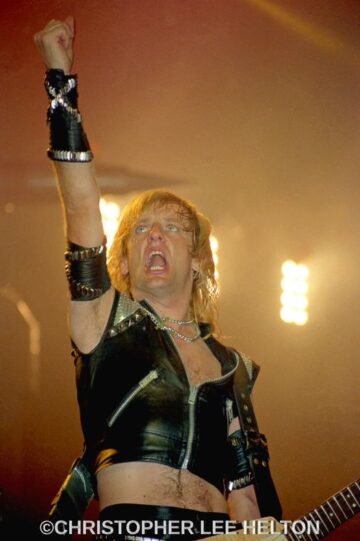 Vieira noted that a few months after the release of Downing‘s autobiography Heavy Duty – Days And Nights In Judas Priest, singer Rob Halford‘s memoir Confessions came out and stated the following about Downing‘s resignation in 2011: “Ken‘s resignation email came totally unexpectedly. None of us had remotely seen this one coming and it completely knocked us sideways. We had no idea that his dissatisfaction was intense enough to make him quit the band. Whether it was intentional or not, Mr. K.K. had dropped us deep in the shit.” Vieira then asked whether Halford‘s version of what happened was a total lack of empathy with Downing or a full commitment to Judas Priest manager Jayne Andrews and guitarist Glenn Tipton‘s side of the war.

Downing replied (as transcribed in English by Marcelo Vieira Music): “What happened was, in 2010, Rob released two studio albums and did a world tour. That was in the same year that I sent in my letter that I wasn’t going to do the farewell tour. The farewell tour was going to be the end of the band, we were all retiring, and we were all in agreement to end the band. The only thing I was not willing to do was the farewell tour, I expected them to get a guitar player to do my parts and then the band would finish, as we all agreed. I have all the press statements we prepared to send to the press, saying that we agreed to all retire Judas Priest and finish the band. That’s what we had planned, but I did not want to do the farewell tour because I didn’t want to end my whole life’s work and career doing a tour that I really felt I wasn’t going to enjoy, because the band, for lots of different reasons… I felt that I was gonna be unhappy doing that farewell tour. I had no idea that he was going to continue the band for another then years, and potentially more, potentially forever. That was not what the situation was.

I wasn’t happy that Rob did two studio albums in 2010 with his band Halford. I wasn’t happy that he was touring the world, including South America, Chile, and places, playing Judas Priest songs. I wasn’t happy, you know… and then people were making demands on me to do something that I also didn’t want to do, to prepare for the farewell tour, but, having said all that, that was in, like, December 2010, but in, like, March, I decided to do the tour and I was taken to him, and I got him to send me over the setlist, you know, and I said I was having a change of mind, and I started all this and I think I should finish this, but I still, the day after he sent me the setlist and I called him back and said “it looks really good”. The next day, they sent out a press release saying that I’d retired from the band, so they already had made the decision to go forward with Richie (Faulkner) at that point… and then, two weeks later, I had a letter from Rob and his manager saying that Rob wanted to see me about forming a band with him, Jeff Loomis, Roy Z and a drummer and a bass player, to form a new band with three guitar players. This was in April 2011. I ignored the letter, but I have the letter. This is what people don’t know.”

Downing added: “Well, it’s important, isn’t it? Really, you know, Rob was obviously of the opinion that they were going to do the farewell tour and it was all going to end, so Rob was going to form a new band with him, and I was going to be in the band.”

You can read the interview with K.K. Downing in Portuguese at the Marcelo Vieira Music‘s website.