Less than eight months after announcing that their band KAATO was going on hiatus, KAATO band founders Kurt Lowney (lead vocals) and bassist Mika Nuutinen are back with a nw project called The Scent and a video for the debut single “Popstar.” 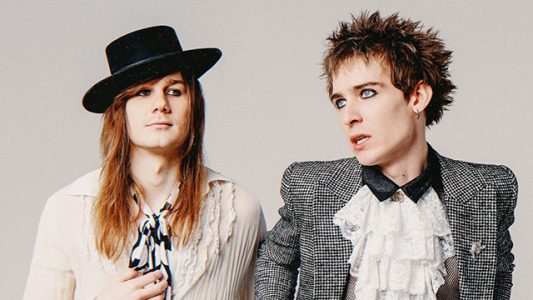 ““Nash-Aussian” rockers ‘The Scent’ have released a music video for their first single ‘Popstar’.

Singer/Songwriter and multi-instrumentalist Kurt Lowney and his musical soulmate Mika Nuutinen, have come together to create a new vision and sound for their debut. Having moved to Nashville from Sydney, Australia, their love for their newly adopted home has led them to set up shop in the USA. Kurt and Mika agree that there is a myriad of inspiration to draw from in the diverse cultural landscape that is ‘Music City’.

Kurt played all the instruments on the record, with Mika playing bass, which was recorded at their home studio and mixed at the iconic Sound Emporium.

After finishing the record, the duo have put together the perfect line up of fellow musicians to help them take the music to the next level on stage.

With Kurt being a prolific songwriter, The Scent promises the future will hold lots of new material and exciting changes.

The entire EP ‘Follow’ will be available on all streaming services in July 2020.”