Sad news as after an eight year run, KAATO are now on hiatus “until further notice.” Singer Kurt Lowney and bassist Mika Nuutinen formed KAATO back in 2011 and the group released two albums — their self-titled debut record (2016) which included Mitch Malloy (who is currently Great White‘s frontman) and Slam! (2019). 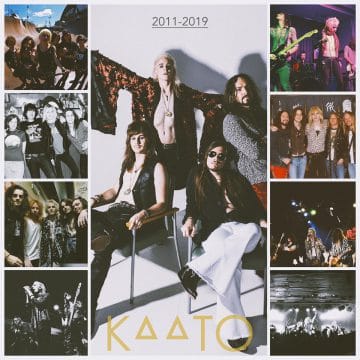 To our friends and fans of nearly 10 years!

It’s with very heavy hearts that we announce that KAATO is now on hiatus until further notice. We want everyone to know that this has not been a split second decision, and doesn’t involve the usual drama filled story that surrounds the end of a band. From myself, Mika, Christopher, Hunter and Kyle, we want to thank everyone who followed, loved and supported us on this fantastic journey. There are far too many people, too many words and far too much emotion to convey through this post. So all we want to say is we love you always and FOREVER! ❤️

See you next year one way or another.. ?