KAATO frontman Kurt Lowney and bassist Mika Nuutinen were recently interviewed by Sleaze Roxx writer Metal Mike and the full interview will be posted tomorrow (on August 3, 2019). The duo was asked how their working relationship with current Great White frontman Mitch Malloy came about. Malloy co-wrote some songs and played guitar on KAATO‘s self-titled debut album, 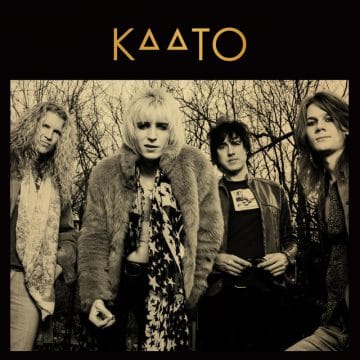 Lowney advised: “I met Mitch through some mutual friends a few years ago in Nashville. At first, we really hit it off. Writing songs was like a knife through butter, and it was a very positive time in my musical life. I felt I had a mentor in him, and for some time I did. But it all went pear shaped very quickly on tour in the UK. It was meant to be a co-headlining tour, KAATO and him. He would play with us and then he would do his set. Little did we know he had ditched the original promoter / booking agent a few days before we left and changed the tour to him headlining with KAATO in a little box on the bottom corner of the poster.

The cherry on top was when he announced that he wouldn’t be playing guitar for us in between bites of his red curry at our first tour dinner. Mind you… this was only a few hours after hearing the words “I’m Mitch Malloy, we don’t stop at Burger King!” come from his mouth on a piss stop on the way to that very city. Gotta take the signs as they come I guess! Mika and I’s first international tour sure was an interesting one! I took over the role of playing rhythm guitar on that tour, and we ended up having some fun and making some fond memories anyway! Lots of Weatherspoons pubs and long drives sharing music with my bandmates. Needless to say, we’re not still in contact. My story is just one of many….”

Stay tuned for the entire interview with Kurt Lowney and Mika Nuutinen, which will be posted tomorrow (on August 3, 2019) on Sleaze Roxx.