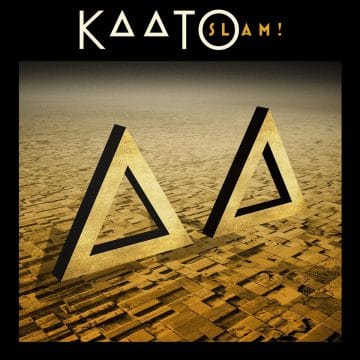 The album was recorded at KAATO‘s home studio between December 2018 and February 2019.

Sleaze Roxx stated the following in its review of KAATO‘s self-titled album released back in July 2016:

“KAATO are a brand spankin’ new band from Sydney, Australia by way of Nashville, Tennessee, USA. Their self-titled debut brings together talent from both continents for a well-produced and rocking album. Singer Kurt Lowney (a relative puppy at age 21) began recording in Nashville with producer Mitch Malloy, who has become an integral part of the band. Joined by Mika Nuutinan and Tristan Avakian, the band’s media kit claims KAATO are “…a mixture of Aerosmith, Boston, Styx and Zeppelin, and all the stuff that just makes you want to get up and dance.”

To be honest, I ran across KAATO by accident. Their new single “High Time” popped up on my YouTube feed, so I gave it a shot.  Even before the song was over, I was contacting Lowney for more information about the band.  As he told me, he’s “been dying to release this for months”, and I can see why.  Sitting on it was doing no one a favour!  There is much to explore on this album.  There are elements of blues, funk, and sleaze, all mashed up into one great mix.”