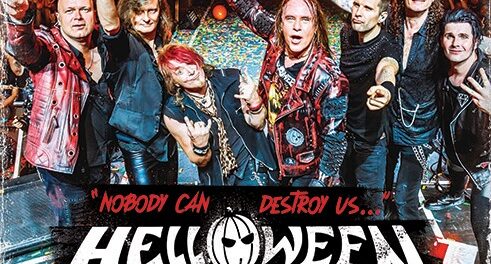 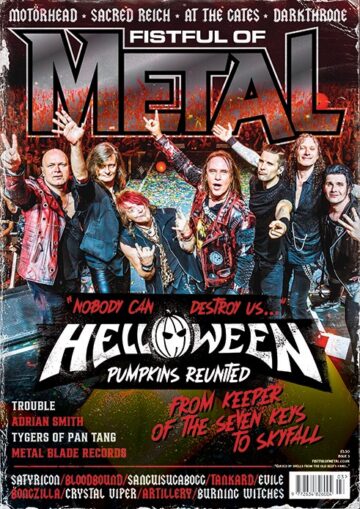 The following is an excerpt from the article / interview:

“Well, I wasn’t shitting my pants, to be honest!” laughs Kai Hansen. It’s been a few days since the album listening sessions took place and everyone has had an opportunity to take stock. The guitarist / singer is still beaming as he talks about the reactions to the new record thus far. He admits that he hadn’t given much thought to outsider reactions to the new album until the listening sessions. Not because he didn’t care – far from it – but because he couldn’t let that kind of worry distract him from the task at hand. Kai, like the rest of his bandmates, has always understood the importance of this record.

“You try to keep that sort of thing off your mind while you were working,” he admits. “And that was fine. But in between you feel this certain pressure. This album matters. And that can lead to things like everybody being over eager. So where previously you might have done three overdubs in a song, you put ten in. Stuff like that. I felt it, and I guess the others did too.”

While the chemistry of the seven-piece band is in part responsible for the brilliance of ‘Helloween’, it also brought with it its own set of problems. More band members means more ideas and more decisions to be made. As Kai discovered, moving forward as a unit was certainly possible, but it took patience. “When we got to recording, it was a long process,” he sighs, albeit with a glint in his eye. “Everybody wanted to make everything 110 percent to the point. We were over eager. So it was long and kind of hard. It seemed to have no end because there was always something ‘more’. And when the mix started there were online listening sessions, lots of comments, everything was mixed again and again, until…it was really hard.”

You can check out more about the Fistful of Metal UK magazine via its website.