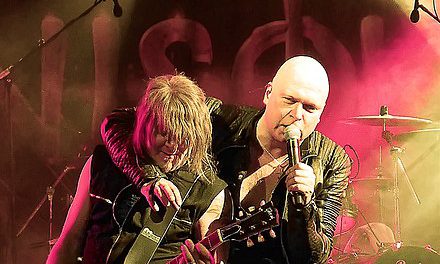 Current Helloween guitarist and Gamma Ray band leader Kai Hansen was recently interviewed by Metal Forever and excerpts from the interview were translated into English onto the Facebook page Gamma Ray & Unisonic! The Kai Hansen & Michael Kiske empire! To the METAL! (with slight edits). 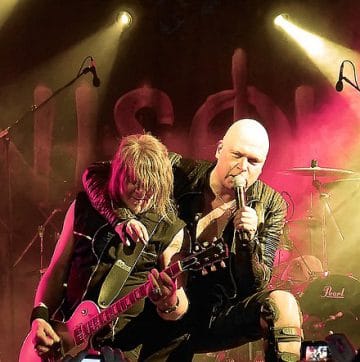 In terms of whether Hansen can juggle his return to Helloween, his participation in Unisonic and his band Gamma Ray, the guitarist indicated: “The Unisonic group is currently on hold and we will see if we can do something. Currently, each member has different responsibilities in other groups and projects and, in my opinion, the time has not yet come for a new album. Michael Kiske and I went back to Helloween, and the fans wanted it, so now this is the number one group for me. Of course, I can find time for my family. From the moment I became a father and married, I reviewed my life priorities and my family came first for me!”

With respect to how Hansen‘s great friend Michael Kiske sees the metal scene these days when many years ago, he had announced that he would never go back to metal and rock, the guitarist opined: “Yes. This is true and many other factors influenced his decision at that time. There were questions from all sides about whether he would return to Helloween and release a new album in the style of Keepers…, and when he released his solo albums, they were immediately impressed by the cold, because of the disinterest and harsh criticism of fans. So Michi experienced a lot and didn’t want to be just a puppet who would create and sing the music that others [provided]. In 2003, we were close to starting a joint project with Roland Grapow (ex-Helloween, Masterplan, Kreyson), Uli Kusch (former Gamma Ray, former Helloween, Last Union) and Michi, which was on Metal Bases. Unfortunately, this did not happen due to Michi‘s rejection. I think Toby Sammet, with the Avantasia project, had a greater influence on Michi‘s return to the stage. There, Kiske broke and discovered that everything in the metal world was completely different from what he thought (laughs).”

Masterplan‘s “Enlighten Me” video (from album Masterplan released in 2003 and featuring Roland Grapow and Uli Kusch):