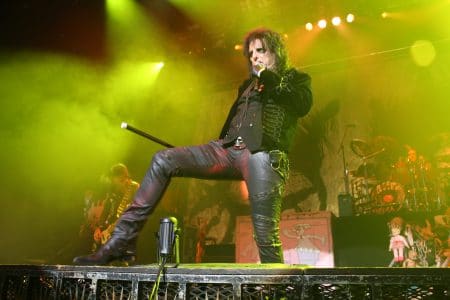 Daly asked Roberts what stood out for him the most as the tour unfolded and after being away for so long. The guitarist replied”

“The most memorable thing was watching Alice and thinking about how amazing he was. As far as getting comfortable, that took about a week, and suddenly, we were back to where we were.

“As you know, Alice and I are still best friends, but now it has become something where we’re always laughing, hanging out, and going to dinner. We had breakfast every morning and did stuff like going to the movies. So, it turned into a wonderful hang-out, which made it a tremendous experience beyond what we did on stage.

“Aside from that, I had massive respect for Alice‘s ability. He still owns the audience. Like, when the band starts playing the intro to Feed My Frankenstein, which was the first song, Alice would walk out, and he’s like a vacuum.

“He came out and sucked the whole audience into his persona. And that’s what I remembered so vividly from back in the day, and on this tour, I got to see up close that Alice is still as powerful as he ever was.”

You can read the rest of the interview with Kane Roberts via Guitar World‘s website.