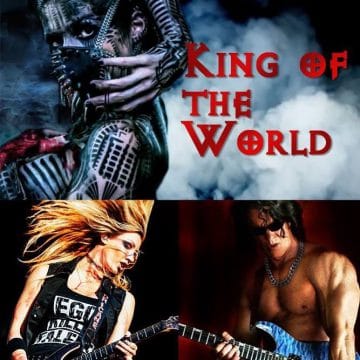 The following message was posted in part on Roberts‘ Facebook page on January 11, 2019:

“Check out the latest preview release “KING OF THE WORLD” off of the new CD – THE NEW NORMAL! As the song developed I called two friends – the prolific Kip Winger (he killed it) and the unstoppable Nita Strauss. She is the beauty AND the beast on the guitar. Fuck, I knew she would heavy things up and yeah she throws her weight around on our guitar trade off like a pissed off sumo wrestler! The song is about a guy who just can’t get over a girl…in Nita‘s case I can see why!”