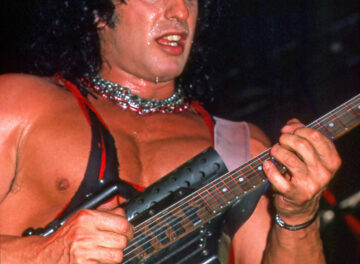 Alice Cooper fans will be in for a treat in September and October given that guitarist Kane Roberts will be back in the line-up for the shock rocker’s run of fall tour dates. Roberts is replacing guitarist Nita Strauss who recently left Alice Cooper‘s band to join Demi Lovato.

Roberts was recently interviewed by Andrew Daly for Vinyl Writer Music. In terms of how Roberts ended back in Alice Cooper‘s band, the guitarist explained: “You know, Alice, and I, of course, are friends, so we talk all the time. And, you know, I’m a big fan of Nita, actually, I’m a big fan of his entire band right now. They’re all very good. And Alice, he knows that, so 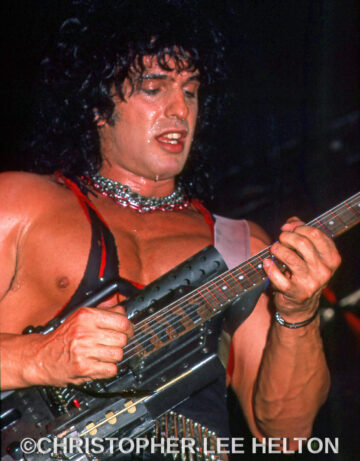 when Nita implied that she’d be leaving for a little while, I guess it made sense to Alice for him to call me. But before that, Alice had played on my The New Normal album, with Alissa White-Gluz from Arch Enemy on the song “Beginning of the End.” And then they both agreed to be in my video and all that stuff, so he knows I’ve been active, and then recently, I wrote a song with him, so we’ve been in touch musically as well.

But the call from Alice to join, it came out of nowhere. I was just sitting at home watching TV or whatever after I was done with my day, and then Sheryl Cooper called, and said, “Hey, Alice wants to talk to you.” So, Alice got on the phone and said, “Hey, do you want to be in the Alice Cooper band for the fall tour?” and I went, “Yeah, sure,” because it’s nothing but fun when we’re together. So, I’ve been listening to the set and everything, and it kicks ass. It’s really been kind of a natural thing, and of course, I’ve had a crap ton of stuff to get together. You know, there were also these existing musical arrangements that have been developing with the band over the last eight years, or whatever, but all this stuff is in my fingers. I’m working really hard, and yeah, it’s great.”

With respect to whether he had been offered the opportunity to rejoin Alice Cooper beforehand, Roberts revealed: “We definitely talked about it. We talked about it a few times, but it just didn’t take place. And I gotta be honest with you, even though we were writing together, even though he was on my album, and even though he shot the video with me and Alissa, I never expected this. I basically thought, “Well, his band is just really good. They’ve been together for eight years or something like that. They’re solid.” To me, it was just one of those things where you said, “Hey, that’s the Alice Cooper band.” And by the way, something else to think about is that I’m sure it’s a big deal for him too, you know? Alice has had this family for a long time, and Nita has been with him for eight years, I think. So, you know, it’s a change for him too.”

Roberts was asked what made now there right time to rejoin Alice Cooper to which he replied: “Well, I’m sure there were probably some safer bets, but he gravitated towards me, which is just the way he is. I said the other day, you know, one of the things I say to younger guitar players because I did a couple of seminars here and there where I said, “You have to have faith. And if you work hard enough, the world will beat a path to your door.” I think that’s true for any field, and with anything that we do. If you work hard enough, something will find you. It’s just the way I think, and how I feel life operates, and I’m living proof of that. I worked very hard, and the only band that ever would have hired me was Alice Cooper, and he found me, you know what I mean? I mean, I was like 230 pounds, and playing guitar in the 80s, who was gonna hire me? Alice was the only one. So, I really think that has sort of come around full circle again. It’s just his nature, you know? Alice, he never goes for the safe bet.”

You can read the rest of the interview with Kane Roberts at Vinyl Writer Music’s website.