Randy Rhoads‘ brother Kelle Rhoads was recently interviewed by Jimmy Kay for Canada’s The Metal Voice to discuss details of the very sad burglary that the Musonia School of Music in North Hollywood, California, USA experienced about a week ago. Of note, many items relating to the deceased guitarist Randy Rhoads were taken. 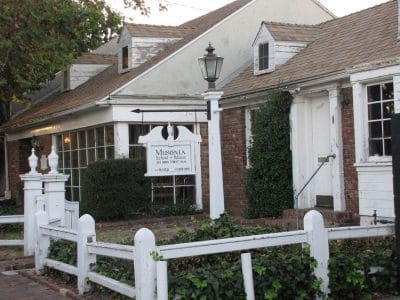 In terms of how the burglary occurred, Kelle Rhoads indicated (with slight edits): “This would have occurred somewhere after Thanksgiving and before the next morning so in the middle of the night on the 28th of November 2019. We were aware of it on Friday the next day when somebody that works down in the backyard called me and said you’ve been broken into. It was  devastating. It’s bad, the Rhoads family essentially has no more pictures or memories  there’s no more memorabilia or pictures or anything about my brother Randy. It’s all gone. It’s devastating. Also the cabinetry of the school was vandalized. If anybody has been here, they’ll recognize we had beautiful wood cabinets and the ones in the grand salon had glass in them. Well, these people didn’t break any glass but they took a crowbar and a chisel to the wooden cabinets and just completely disfigured the drawers. It’s sickening to even think about it.”

With respect to some of the other items that were stolen, Kelle Rhoads advised: “They took Randy‘s amps but they left the cabinets. They were probably too heavy to take. They even stole a beautiful picture that somebody painted and a picture of me performing the inaugural show of the Randy Rhoads remembered concert series. They spent some time here. They even turned one of the heaters on so they’d be warm while they were robbing us blind. They also took the first guitar that Randy ever played. And they stole a pre-world War  rare French Besson trumpet that was my mom’s almost all of her life and her French horn.

In regard to whether the police has any leads, Kelle Rhoads stated: “The police aren’t real cooperative right now. They’re kind of like, ‘We’ll make a report’ which they did and ‘Too bad for your loss. A lot of people have been burglarized lately so good luck. We’ll see you. Bye.’ It’s real hard to even communicate with the police — either too many burglaries and the police don’t have the manpower or they found a really good place to get the coffee and the donuts.”

You can read other excerpts of the interview with Kelle Rhoads at The Metal Voice‘s website and/or listen to the interview below: