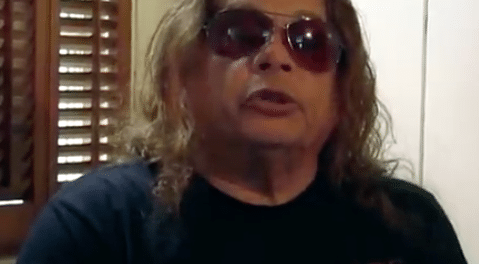 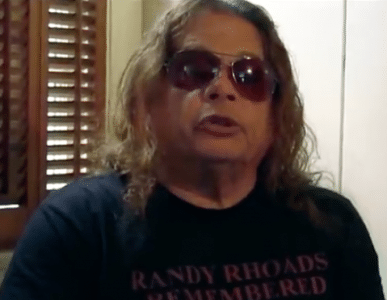 Kelle was asked about stories of Randy Rhoads that are not true to which he replied (as transcribed by The Metal Voice with slight edits): “There are a lot of stories out there that are not true but because they have been in a magazine or some type of article, other people pick up on it and they repeat it and the myth keeps perpetuating. One story that is very untrue is that Randy Rhoads was going to leave Ozzy and not be in the band anymore. Completely not true. Randy was going to work with Ozzy but he wasn’t going to go on the road for awhile cause he wanted to get his degree in classical guitar studies.”‘

In terms of re-recording songs today from the first two Quiet Riot (Randy Rhoads era) albums that were only released in Japan, with limited copies, Kelle advised: “I’m thinking about it. I am playing with the idea. I don’t know if I am actually going to do it yet. But I would like to record them with the musicians I work with today. If I were to record them today, they would be better than the actual recordings as the originals were recorded in the ’70s and technology today has advanced. I think it would be a really good idea to re-record some songs. Off the bat, I would do ‘Killer Girls’, ‘Looking In Any Window’, ‘It’s Not So Funny’ and ‘Back To The Coast’ which is the only song I co-wrote with my brother Randy. I wrote the lyrics and he wrote the music. I would possibly do even more than that but those are the essentials, I would want to start with those.”

In terms of his own musical output, Kelle indicated: “I started off as a drummer, my brother and I had a band together for a while. The band was called Violent Fox. That band lasted around nine months. After that, Randy played with other bands that eventually became Quiet Riot and I became a singer. After that, I made a couple of records in the ’80s, one a solo project and the other called Rhoads (with Nick Menza on drums) which was hard rock, metal. Later on in life, I transitioned from singer to classical music composer. I have four CDs that are released worldwide. The first [is] ‘Titanic Overture’. the second one is ‘Portraits of Oblivion’, the third one is ‘Pride & Profanity’, and then the last one I came out with is ‘Magnificent Obsession’. The musical style of my music is what I call abstract classical music. [There are] a lot of influences from pianists from the 19th century but I am also influenced by some modern keyboard concepts and different kind of instruments. I just don’t only have piano on my albums, I have different pieces of music that have horn, strings etc… I am now working on my fifth album called ‘Architects of Destruction‘, the new record still has to be mixed.”

You can listen to the interview with Kelle Rhoads by The Metal Voice below: