Kelly Nickels emphasizes every second in life is precious and L.A. Guns at M3 just want to have fun

The L.A. Guns line-up of drummer Steve Riley, bassist Kelly Nickels, guitarist Scott Griffin and lead vocalist Kurt Frohlich that will be playing at the M3 Rock Festival on May 4, 2019 has experienced some backlash from some L.A. Guns fans upset that singer Phil Lewis and to a lesser extent guitarist Tracii Guns are not part of the band. 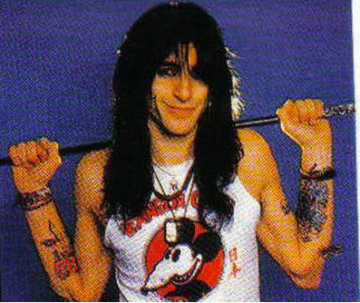 “Hi everyone, this is Kelly…I’d like throw a little bit of my perspective on this whole thing…I just spent one of the toughest weekends of my life grieving at a Service, Mass and Funeral of an old friend that passed away way too young. It was a painfull reminder that every second of life is precious …we understand and appreciate all your comments…we just wanna have fun and play some rock n roll…hope you can dig that…!!! thx – kn ?”

In an interview with Sleaze Roxx back in January 2019, Nickels explained what prompted him to play in L.A. Guns at the upcoming M3 Rock Festival as he advised: “[Laughs] That’s a pretty good question! Well, I got a call from Steve Riley and he told me what was going on and asked me if I wanted to do it. We talked about it for a couple of hours. I had questions and I wanted to make sure that things were like set up pretty good. I just want to have fun man! I just want to have fun [laughs]. It’s all about just going out and having a good time. The timing is right. My daughter just turned 18 so she’s got her stuff going on. I got time to go out and do it. I am so looking forward to it. It’s really the perfect timing. That’s it man!”

In terms of what type of questions that he had for Riley, Nickels indicated: “My questions were like ‘Who else is going to be in it so far?’ I was cool with all that. And then, ‘How far does he want to take this?’ So right now, it’s just for this one show. There’s possibilities of others. There’s a little talk of Europe and stuff. That might be jumping the gun but we’re looking at some other stuff. I don’t know where this is going to go. I’m just curious with where we could take this. I’m always got along well with Steve so really had no problems discussing it.”