The Gauntlet has released an article advising that Ozzy Osbourne‘s daughter Kelly reveals in her forthcoming book There Is No F*cking Secret: Letters From A Badass Bitch that Ozzy overdosed on pills back in December 2015.

Excerpts from The Gauntlet‘s article state:

Kelly states that when she ran to tell her father they needed to go to the hospital, “Dad was there in his boxers, and I watched him scoop his hands into a bowl of pills, swallow a handful of something, and then wash it down with vodka.”

Later in the ambulance, “he leaned over to put his hand out to see if mum was breathing. Then he passed out with his hand over her mouth . . . The EMTs tried to pull him off, and Dad, not knowing where he was or what he was doing, started to resist out of habit. They pulled over the ambulance and started to call the police.”

Kelly writes she begged them not to call the cops and they agreed, but she had to zip-tie his hands to a bar so they could restrain him.

When they arrived at the hospital, Sharon was placed in one room and Ozzy was rushed to another for treatment of a drug overdose and alcohol poisoning. 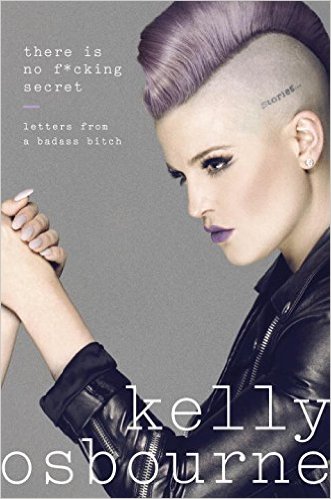 “Dad could not handle the thought of losing mum,” she explains, adding that he had a doctor come to the house and “shoot him up with whatever he wanted while the [doctor’s] son sat in our dining room and played video games.”

You can read the rest of the article at The Gauntlet.

Amazon describes There Is No F*cking Secret: Letters From A Badass Bitch, which is set for release on April 25, 2017 as follows:

“Kelly Osbourne may not always have been a typical role model, but no one can say that her perspective isn’t hard won after spending three decades in the spotlight: from growing up completely exposed to the heavy metal scene—replete with crazy antics most readers have only begun to hear about—to spending her teenage years as the wild middle child of an even wilder Ozzy Osbourne, to the family’s popular stint on their wacky eponymous reality show. Since then, Osbourne has forged her own path as a style icon and powerful woman in the media who isn’t afraid to tell it like it is and be honest with her fans. But being the daughter of a music legend hasn’t always been glamorous; growing up Osbourne is an experience that Kelly wouldn’t trade, but there are battle scars, and she is finally now ready to embrace and reveal their origins.

Told as a series of letters to various people and places in her life, There Is No F*cking Secret gives readers an intimate look at the stories and influences that have shaped Osbourne’s highly speculated-about life, for better or for worse. The stories will make readers’ jaws drop, but ultimately, they will come away empowered to forge their own path to confidence, no matter how deranged and out of control it may be, and to learn the ultimate lesson: that there just is no f*cking secret.”