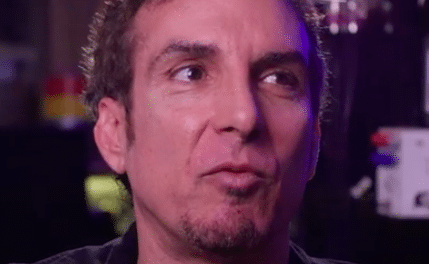 Sherinian was asked about his recording debut on Night Ranger guitarist Brad Gillis‘ solo album Gilrock Ranch way back in 1993 to which he recalled (with slight edits): 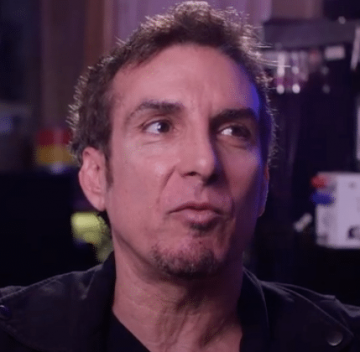 “I will tell you my Brad Gillis story. I’m from Santa Cruz, California, it’s the central coast, it’s about an hour south from the San Francisco bay area. My parents were still living there, I had moved to Los Angeles and it was just brutal. It was just such a struggle. I remember I had taken a weekend off and drove up to Santa Cruz to see my parents and lick my wounds a little bit and get a few home cooked meals and recharge my batteries! [laughs] I went out one night to a local night club and there was Brad Gillis! I knew his work with Ozzy and he has already done two records with Night Ranger. I recognized him immediately. I walked up to him to talk to him, I told him I was a keyboard player. He told me that he was working on new songs for Night Ranger and also stuff for a solo record. He invited me over to play keyboards on his demos. That was a very big deal for me. I had never played with anyone that was famous and in a famous band. That was a huge step forward for me in my career.

I played on a lot of his demos and throughout the process we became good friends. Ultimately, when Night Ranger broke up he started a band called Mega Mega, what a horrible band name! I was selected as the keyboard player for Mega Mega. The band tried to get signed but we didn’t have any success. Ultimately I was hired for the Alice Cooper gig. I ended up leaving, but Mega Mega imploded organically, it was happening at the time that I left. I went on to play with Alice Cooper and it was history from there. Brad Gillis was one of the first people to believe in me and invited me into his world and gave me a break. Brad gave me a glimpse of what life could be like. I’m very grateful to Brad. He wound up playing on my 2006 album Blood of The Snake. I recently guested on his new record, I believe it will be a solo record, but I played on a lot of the tracks. I love Brad Gillis and I will always be there whenever he needs me.”

In terms of what Mega Mega sounded like, Sherinian indicated: “Oh man, that was really bad ’80s music, bad haircuts and all. It just wasn’t any good! [laughs] It was a huge miss, but I was flattered that he wanted me to do it. We gave it our best shot.”

You can read the rest of the interview with Derek Sherinian at KNAC‘s website.