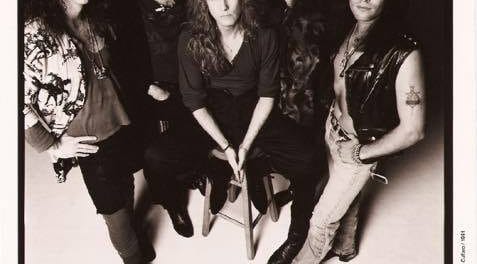 Unruly Child keyboardist Guy Allison was recently interviewed by Jarred Lewis for Under The Influence Rock and spoke about the band’s beginnings including getting fired after the group’s debut album was released. 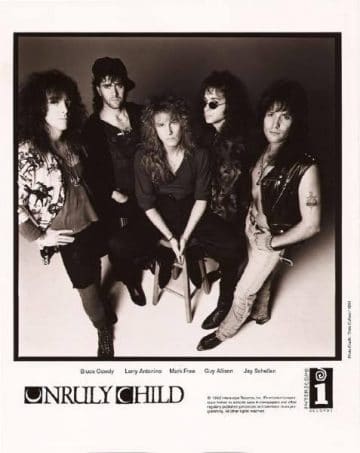 In terms of how Unruly Child came together, Allison advised: “Unruly Child started because Bruce [Gowdy] and I were writing together, not necessarily for a band, but just to write – maybe place a song with another artist. On a suggestion from Warner Chappell Publishing, we hired Mark Free to sing one of our songs and had such a great time doing it, we decided to write some more together. The result was so good that we decided to put a band together. It was just the three of us, with a little help from Ricky Phillips on the demos. We started showcasing for a record deal, again just the three of us – acoustic guitars and vocals in a few record label offices – and we got interest from Interscope Records. We signed a contract and our producer, Beau Hill, told us it was time to audition drummers. We auditioned a few guys on drums before we found Jay Schellen. He was a fantastic player and a perfect fit for the band. Ricky played bass on nearly all of the record, and we wanted him to join, but he was involved in a project with Jimmy Page and David Coverdale. So, we went looking for a bass player to fill out the band. Larry Antonino was working with me in Air Supply, and I knew how good he was – so that was an easy call.”

Allison went on to explain how he ended up being fired after Unruly Child‘s debut album was released as he stated: “There were a few unfortunate events that split up the band even before the label dropped Unruly Child. Near the end of the recording, a good friend of Bruce’s and mine, John McFee, came to the studio. He was offering us to join the Japanese artist E. Yazawa on his winter tour. We had just finished a tour with him the year before. That tour (or any tour with Yazawa) was the kind of tour that was just magic, the players were great and the experience was brilliant and always first class. In addition, the remuneration was the kind of money that would let one live for a year, promoting a new album without worrying about where your next rent check was going to come from. Bruce and I said yes.

Then Beau Hill took Bruce aside and said, “you can’t go, leave and I’ll drop the band”. Bruce tried to convince me to turn down the tour. But, the record was finished, we were heading into the holiday season – and I knew it would not interfere. My words fell on deaf ears, and the band told me if I went on tour, the band that I started with Bruce would fire me. I took the tour, they let me go, and after I left for Japan the band was dropped by the label. The stories surrounding the dismissal range from a change in the musical scene to a disagreement between the head of Interscope and the Vice President who signed us. Either way, I made the right decision – as timing would have it.”

You can read the rest of the interview with Guy Allison at Under The Influence Rock‘s website.