Canadian veteran heavy metal rockers Kick Axe will be part of CannaFest, which will take place in Grand Forks, British Columbia, Canada from August 10 to 12, 2017. Sleaze Roxx spoke exclusively to CannaFest organizer Chuck Varabioff to find out more about the festival that will celebrate its fifth edition this year.

In terms of how CannaFest got started, Varabioff stated: “After many years of wanting to put on shows, I decided that it was time to make it happen. I hired a Canadian recording act to perform on the loading dock of my business for an outdoor concert. We invited friends, family, neighbours and my ten thousand plus customers. Sixty people showed up. Sixty. I lost my shirt! Those that know me, know I’m not the type to give up so there was no way I was going to let that happen again. I booked another show in a different venue and hired more bands and CannaFest was born. In 2015, I took the show on the road and brought CannaFest to my home town of Grand Forks, British Columbia. The rest, as they say, is history. CannaFest has grown from a 60 person backyard concert to a huge, outdoor, debt-free, classic rock music festival in just three short years. I’m proud to say that this August, we are expecting upwards of 10,000 fans.”

When it was pointed out that CannaFest seems to only have Canadian bands in its line-up roster this year, Varabioff advised: “CannaFest is billed as ‘Canada’s Hottest Classic Rock Music Festival.’ That said, it wasn’t a conscious decision to make it exclusive to Canadian acts. When booking the bands, I took many things into consideration. Grand Forks is a small town and many of the people in and around the community haven’t had a chance to see some of the many Canadian bands that have done exceptionally well in the Canadian and international markets. These are bands that our demographic have grown up with so it 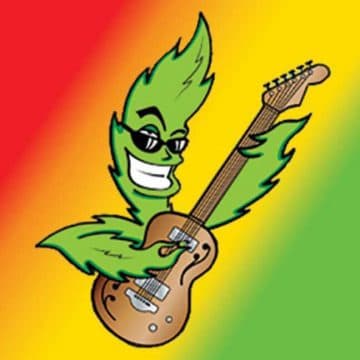 has really helped to gain and secure a CannaFest following. Actually, 2017’s event will have a number of American musicians and specifically, Creedence Clearwater Revisited, which is an American band. We are being contacted by more and more US acts and agents that have been hearing about CannaFest and want to play on our stage. It’s a great position to be in especially in such a short amount of time.”

In terms of how Kick Axe got involved at this year’s CannaFest and why the festival decided to include a heavy metal band with all of its other acts, Varabioff stated: “Kick Axe. There’s not enough I could say about this great Canadian band. During the height of their popularity in the ’80s, their following was huge. It seems like everyone I knew had a Kick Axe story whether it involved seeing them in a bar or an arena. As you grow a music festival, suggestions come from everywhere. People have requested countless bands and not surprisingly, Kick Axe’s name has come up many times over the past couple of years. They have always been on the radar and recently, I came to know some of the guys through my BCPS dispensary business. The lead singer owns a limousine company and I’d asked him about limo rentals for CannaFest and other projects I am involved with. One thing led to another and after they showed interest in performing at CannaFest, I jumped at the opportunity and extended the invitation. Not only will they be performing their set on the Friday night, they are all excited to hang out for the weekend and take in the rest of the festival. They will prove that they still are a musical force to be reckoned with and are going to be sticking around for a few days having, let’s just say, circa 1984 fun.” 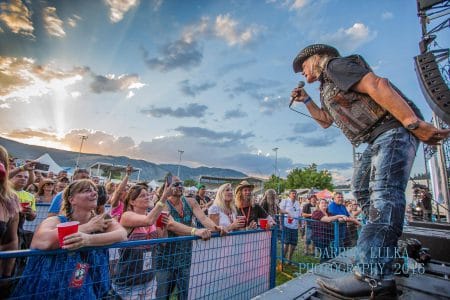 You can purchase tickets to attend via CannaFest‘s website.

Helix playing “The Kids Are All Shakin'” at CannaFest in 2016:

2016 Cannafest The Kids Are All Shakin

2016: Cannafest, Grand Forks, British Columbia. Song: The Kids are All Shakin’ from the Long Way to Heaven album. Also in an acoustic form on SMASH HITS U…