Kickin Valentina about to embark on first European tour

Atlanta, Georgia, USA based Kickin Valentina are about to embark on their first European tour which will see the sleaze rockers visiting four different countries during the month of May 2016. 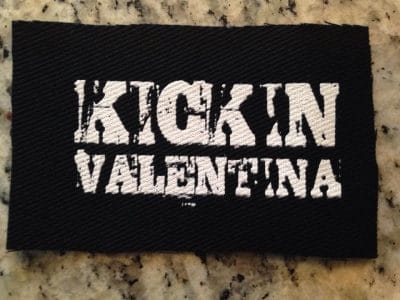 Back in the summer of 2015, Kickin Valentina signed a deal with Danish label Mighty Music/Target Group. The Danish label combined the sleaze rockers’ first two EPs, Kickin Valentina and Super Atomic, together for a full length CD that was released throughout Europe on November 6, 2015 with full physical and digital distribution. The songs were remixed/remastered and the artwork was completely redone.

Sleaze Roxx stated the following in its review of Kickin Valentina‘s 2015 EP Super Atomic (prior to the EP being combined with the band’s first EP): “The songs on Kickin Valentina‘s Super Atomic show that there will always be a place for well played sleazy rock and also prove that the south east portion of the U.S.A. is ready and poised to give Sweden a run for its money in terms of where the best sleaze rock bands emanate from these days.”

“Wrong Way” is the first single/video taken from the upcoming album “Super Atomic” to be released worldwide on Mighty Music the 6th of November 2015.http://w…