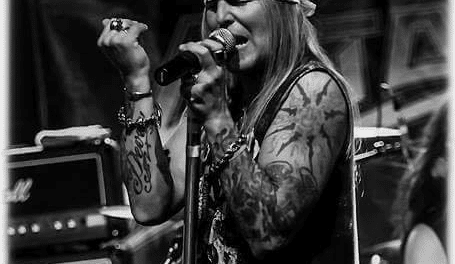 Atlanta, Georgia, USA based Kickin Valentina have wasted no time finding a replacement for original singer Joe Edwardz as the group has announced today that it’s new lead vocalist will be Stradlin’ Rose singer Brian Bezotte. 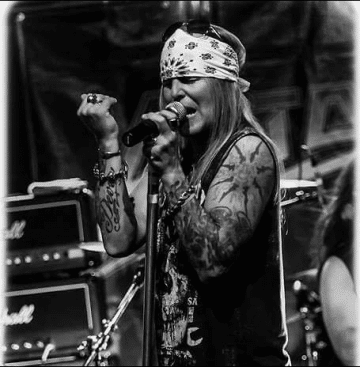 “Atlanta rock band Kickin Valentina welcomes new singer Brian Bezotte. Kickin Valentina parted ways with former singer Joe Edwardz in July after he pulled out of their German tour (which included the Bang Your Head Festival) the night before the band was scheduled to leave. After the dust settled, they decided to start looking for a replacement.

Brian was quickly recommended by mutual friends. As soon as Kickin Valentina members Chris Taylor (bass), Heber Pampillon (guitar), and Jimmy Berdine (drums) were sent songs & videos of Brian’s work, they knew he was the perfect fit to front the band. “When we first heard Brian’s voice, we knew we wanted him in the band. It was also very important for us to be able to hang out with him, and get to know his personality. In addition to finding someone talented, driven, and passionate about making music, we wanted someone that we enjoyed being around, that was easy going, and had a sense of humor. We are thrilled to have him in the band, and we can’t wait for everyone to see and hear him. His energy has brought new energy to the band, and we’re excited about the next chapter for KV,” states Chris.

Brian hails from Kenosha, WI and has spent several years playing in bands across the midwest. He will make his live debut with Kickin Valentina on Friday, November 9 in Atlanta, GA at Dixie Tavern, followed by Rock Fest 80s on Sunday, November 11 at the Miramar, FL Amphitheater (alongside Ace Frehley, Night Ranger, Sebastian Bach, FireHouse, etc.).

Kickin Valentina is currently writing and demoing material for their next album on Danish label Mighty Music to be released in 2019. They are also working on booking more US and international shows.

Their latest album “Imaginary Creatures” was released in August 2017 and debuted on 5 Billboard charts. It was proceeded by their debut full length album “Super Atomic” in November 2015. Both albums were supported by successful US and European tours and received outstanding reviews in major media publications along with radio support around the world. KV has built a solid, rabid, and loyal fan base that is growing organically from their grass roots approach to consistently playing live and connecting with their audience.”