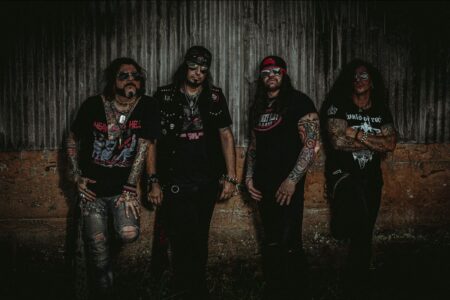 “Today, one week ahead of the release of their new album, American hard rockers Kickin Valentina release the new video and single “War”. Bringing forth the most anthemic side of the band, “War” is an infectious-chorus, catchy-riffing song that sums up pretty well what the album upcoming The Revenge of Rock is about.

Vocalist D.K. Revelle comments: “The message behind “War” is… mouths start wars… and the outcome ain’t pretty”. A strangely actual lyric content, almost like a prophecy.”

The Revenge of Rock is out on January 22nd via Mighty Music. It can be purchased on CD and LP here.”