Atlanta, Georgia, USA rockers Kickin Valentina have announced details for their forthcoming EP that is scheduled for release via Mighty Music on October 4, 2019.

The group’s press release via its Facebook page indicates: 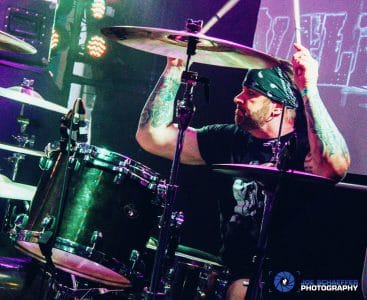 “Kickin Valentina are set to release a new limited edition 4 song EP on October 4, 2019 via Mighty Music, available on vinyl and CD only (no digital). The EP will include 3 new songs “Easy Rider,” “Shakedown,” and “Sweat,” plus a live track to be recorded at the Bang Your Head festival in Germany in July.

The songs were tracked at Medley Studios in Copenhagen, Denmark and engineered by Lars Andresen and mixed by Soren Andersen. “We recorded these songs spur of the moment, in a very short period of time. On our recent tour we had a day off in Copenhagen, and Michael at Mighty Music asked if we wanted to spend the day in the studio, and could we knock out 3 songs in one day. While recording, we thought we’d hold onto the songs for the next album, but after finishing, Michael suggested releasing them as a limited edition EP, on vinyl and CD only, something fun for the hardcore fans,” states bassist Chris Taylor.

The band is currently writing and demoing songs for their follow up to 2017’s “Imaginary Creatures.” A new full length album is scheduled for release in early 2020.