Russian rockers Kill City Kills consisting of lead vocalist Ellis Sylvain, guitarists Nikki T-Shock and Roma Loshakov, and drummer Andrew Sharapko have unleashed a video for their single “Generation Landslide” from their album Badlands I, which was released on September 25, 2020. 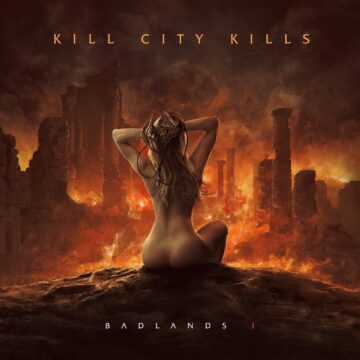 In an interview back in 2020 with senior columnist Alexandra Mzorwowska for Hard Rock Haven, Sylvain was asked how Kill City Kills‘ new album Badlands I differs from their EP Straight From The Heart of Nowhere to which he replied: “Sure. Despite the fact that new tracks were written in different period, they are different. First of all, Roma joined the band. Two guitarists can do a lot more if they work together and have such synergy like Nikki and Roma have. Also, we developed our songwriting and recording. Evolution of our music is the natural way of us developing as a band. Kill City Kills gets heavier, bigger and more melodic. We could use words like sleaze in relation to Straight From The Heart of Nowhere, but there’s no such point in Badlands I.”