Russian sleaze rockers Kill City Kills consisting of Ellis Sylvain on vocals, Nikki T-Shock on guitar and Andrew Sharapko on drums have released a video for their new single “(Can You Hear) The Midnight Call” from their upcoming new album, which will be available on September 25, 2020. 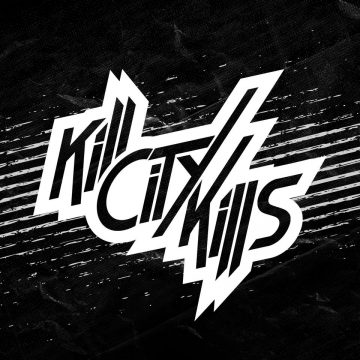 “The idea of the ass-kicking-rebel-spirit melodic heavy metal band gathered good ol’ partners in crime in the NY eve of 2017 in Saint-Petersburg. There was no point to do anything else in this world for those who have burnt all goddamn bridges and desided to mix heavy metal riffed guitar, lyrics full of street romance praising rebel spirit dying free in the world of confusion, overflowing singalongs and take-no-prisioners approach in everything they do.

2017 was the year of seeking and searching for the best tone and structure, lyric matching style and the mess making on autodrive. EP “Straight From The Heart of Nowhere” was the result. “Wild Brigade”, “Born to Fall”, “Suicide Tuesday” and “Sin City” were the first songs written by Ellis, Nikki and Andrew as the band. Decision to record and release it as EP was consistent for KCK. It was recorded by the band and mixed by Stacy O’Dell in the end of 2017.

Without ceasing to work on new material the band starts to prepare for the music video shooting. From the very beginning the making most of the stuff related with the band by themselves became crucial point for KCK boys. Like crafting of the EP art, music video process planning and coordination and so on. As well as making this damn website.

“Wild Brigade” music video shooting was finished in two sleepless nights and restless days without any help from outside: KCK boys and friends only.”