Swedish hard rockers Killer Bee will be releasing a new studio album entitled Eye In The Sky on October 14, 2016. 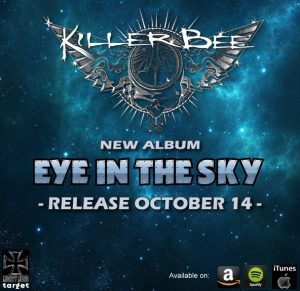 That’s right, the rumours are true. Killer Bee are back with a new long awaited album – “Eye In The Sky.”

It?s been over two years since the last release and the wait has proven to be worth it. This new record it quintessential Killer Bee. The writing team of Ronnblom / Frank has done it again. They deliver their 70s style of Hard Rock with the precious and dynamics you expect from them. “Eye in The Sky” captures Killer Bee at their best with an attitude that hits right between the eyes. Well known for their back to basic raw sound Killer Bee have not swayed from thier style. This new record has the hard and heavy riffs, the signature vocals and of course the classic hammond sound. All the elements that have set Killer Bee apart from the newer hard rockers today.

Since the early nineties the Bees have been delivering the sting. and now the hive has let the swarm loose. The last couple of years have not been without trials and tribulations though. Member changes, injuries and production hold-ups have made these years a roller coaster ride. The ride has taken them to a new level of energy. 2015 saw the band on an extensive US tour covering over 40 cities in no less than 35 states and the nearest future is only looking brighter. Radio programmers worldwide have begun to take notice as Killer Bee are receiving positive responses to their music climbing on playlists everywhere. 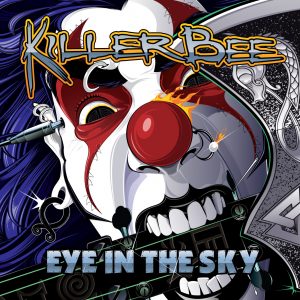