Great news for Killer Bee fans as the group will be celebrating its 25th year anniversary with the release of several new albums including a new album to be released in the fall of 2018 and an album entitled Tales From The Attic, which will have five songs from the early ’90s. 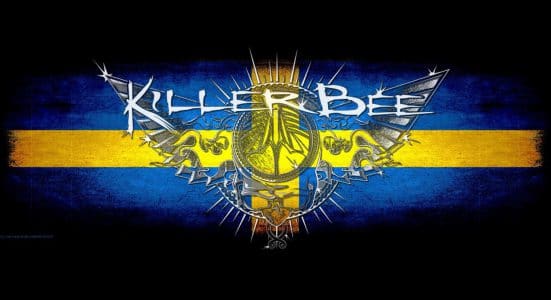 “In 2018 Killer Bee are celebrating 25 Years.. time certainly flies. At the moment we are working on a new album in Church Garden Studios planned to be released in the fall of 2018, and there are more releases planned as well – five songs from the early 90’s that was found among all the tapes that’s been saved throughout the tears, therefore the title Tapes From The Attic… and a 25-year Anniversary Vinyl are in the works as well… much more to come so stay tuned!

We are very excited and we’re looking forward to hit the roads with LoNero http://billlonero.com/mainindex/ A fantastic band that delivers kickass instrumental songs with amazing guitars, and here’s what the media has to say.. so Check them out, and we´ll see you soon.”

Sleaze Roxx stated the following in its review of Killer Bee‘s last album Eye In The Sky released back in 2016: “I suppose one could say Eye In The Sky could “Bee” a “Killer” album, but that would be cheesy. It is an excellent representation of European-style hard rock, with influences going as far back as Deep Purple and Led Zeppelin, but also echoing a modern sound. Killer Bee‘s Eye In The Sky is worth a look as you will find something to love amongst the ten song offering.”

Killer Bee‘s “Get On Board” video:

Killer Bee – “Get On Board” (Official Music Video)

“Get On Board” is taken from the Killer Bee album “Eye In The Sky” out 14th of October worldwide on Mighty Music.Pre-order the CD here: http://tinyurl.com/pd…