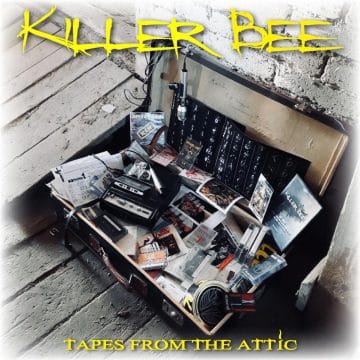 Great news for Killer Bee fans as the group is celebrating its 25th year anniversary with the release of an EP titled Tales From The Attic, which will have five songs from the early ’90s. The EP will be released on August 20, 2018.

Wikipedia states the following in part about Killer Bee:

“Killer Bee is a Swedish-Canadian rock band formed in the 1990s by songwriters Anders “LA” Rönnblom and Brian “Bee” Frank. The band has since released five studio albums and five singles and had a No. 1 hit single “Take Me Home” that topped the charts for many weeks in Scandinavia. Former Europe guitarist Kee Marcello produced and played on the band’s third album World Order Revolution (1997). Since 1990, Killer Bee has toured Sweden, Norway, Austria, Switzerland and Germany and performed on some of the biggest festival stages in Europe as artists such as Oasis, R.E.M., Elton John, Rod Stewart, Peter Frampton, Jimmy Page and Robert Plant and Megadeth.”