The Canadian hard rockers, Killer Dwarfs, will be releasing a new live album in the future and are looking for photos from fans to include with their upcoming live album release. 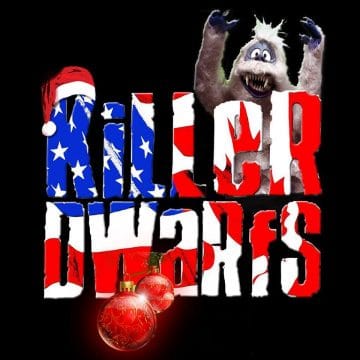 The following message was posted on the Killer Dwarfs‘ Facebook page earlier today:

“#DwarfNation We have always said we have the best fans in the world! So with that being said, we want to try to include as many of you as we can on our upcoming live CD release. We are putting together a collage as part of the CD artwork and we want your pictures with the band. We don’t need live shots just group shots with Dwarfs and yourselves from 2013 to present. Spots are limited so get the pictures in ASAP. Send your pictures to photos@killerdwarfsband.com if you would like to be included. We will do our best to include as many as we can. ONLY ONE PIC PER PERSON WILL BE USED !! Please share this post to help get the word out. Thanks to you all in advance!!! #KeepTheSpiritAlive”

The Dwarfs have also announced a special acoustic show that will take place close to Christmas. The following was posted on the Killer Dwarfs‘ Facebook page back on October 31, 2016: “DwarfNation A very special intimate Xmas show has just been announced at Mooney’s Bar and Grill on Main Akron on Dec 17th 2016. This will be a special Killer Dwarfs Acoustic show for the fans. We are also hoping to help out some less fortunate children in the area by asking you to bring a new unwrapped toy or a non perishible food item so we can donate them to those in need. All donations will be going towards Variety-The Children’s Charity of Buffalo & Western New York. Looking forward to seeing you there for a fun night!”

Original promo video for Killer Dwarfs’ “Heavy Mental Breakdown” without any editing or effects done by music television stations. Rip is one generation from…