After two successful shows at The Rockpile in Toronto, Ontario, Canada and The Brass Monkey in Ottawa, Ontario, Canada respectively on October 21st and 22nd where they recorded songs for a new live album, the Killer Dwarfs have announced that they will continue recording for their new live album at their upcoming show at the Blue Feather Music Festival in Whitehorse, Yukon, Canada on November 5, 2016.

The following announcement in part was made earlier today on the Killer Dwarfs‘ Facebook page:

“WOW what an awesome weekend! Thank you Toronto, Ontario The Rockpile and Ottawa, Ontario’s The Brass Monkey for really bringing it! 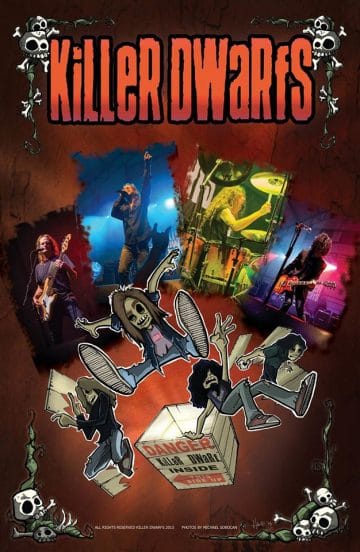 And the Dwarfs drop in.