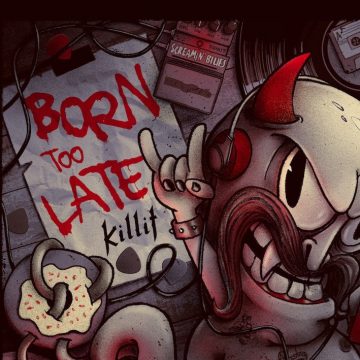 “Originally hailing from Hungary, Israel, Switzerland and Britain, KilliT was founded at the beginning of 2016 and they quickly released their first video for single ‘Shut It Down’ which has to date reached more than 100K views. Recent shows at Ramblin Man Fair, Giants of Rock, Isle Of Wight Festival, Stone Free Festival, Hard Rock Hell and shows with Diamond Head, Reckless Love and sell out shows at London’s Underworld.”