Finnish rockers King Company have announced that their second lead vocalist in the band’s history — Leonard F. Guillan — has been replaced with Ilkka Keskitalo. The group released its sophomore album Queen Of Hearts via Frontiers Music Srl back on August 10, 2018.

King Company made the following announcement on their Facebook page yesterday: 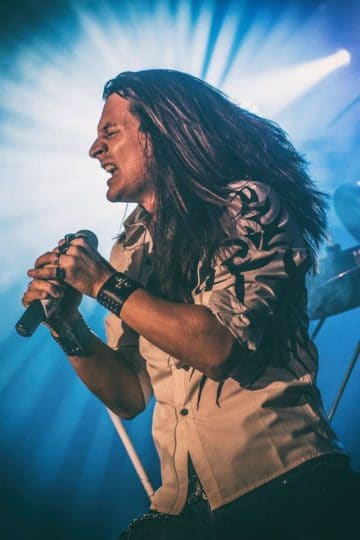 This news must come as a surprise to everyone, but as bad as it feels we must inform you that Leonard F. Guillan is no longer a member of King Company. This is a desicion made by the rest of the band.

Even though Leonard is one of the greatest guys we have ever met, the truth is that he lives in Italy and we live in Finland. Logistical challenges are quite difficult to overcome and it is a huge strain on our resources to arrange rehealsals as a band.

Leonard gave us priceless help last year when we needed a replacement singer for Pasi. It felt natural to continue the band with Leonard after our tour in Spain because he knew the songs and he is such an amazing person and singer. We didn’t realize how often Leonard would have to fly to Finland for photoshoots, videos, gigs, and rehearsals. It’s not impossible to run a band online but nothing compares to the good old rehearsal place jams and practise sessions.”

We want to thank Leonard from the bottom of our hearts for this past year when we had the privilege to record an album and play many great gigs with him. He gave 110% for the band and his honest energy lit up the rest of us too. We hope the very best in the future for Leonard!

The new singer of King Company will be announced tomorrow! 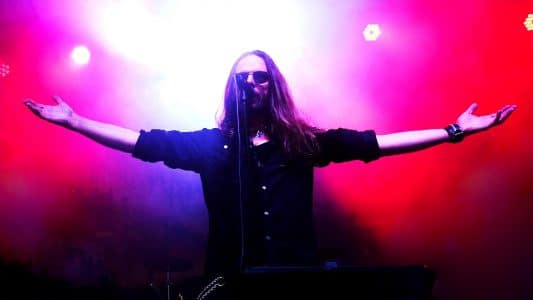 Our new singer is Ilkka Keskitalo from Lapland, Finland. Ilkka came to our knowledge through a friend of ours. We listened to a few songs by him and immediately loved his voice. We did go through a number of other candidates as well. After Ilkka’s audition we realized that he fits the band perfectly. Please welcome Ilkka onboard!

Ilkka’s comments: “The opportunity to join King Company came as a total surprise! With Leonard gone, the band aimed to find a lead singer with a certain kind of sound. After Mirka contacted me, it didn’t take long before we were at a studio in Helsinki talking about the same musical vision we all shared.

My history as a singer goes way back and includes several bands with several great musicians. Currently I am a singer and one of the songwriters in Lost Kingdom. I am very much looking forward touring with King Company and working with new material in the future.”

Listen to Lost Kingdom‘s “Desire To Rewind” from here”