Big news in the Kings of Dust camp as founding member and lead vocalist Michael Beck is no longer in the band. Kings of Dust first formed in or about 2012 and they released their debut self-titled album back in March 2020.

The following message was posted on Kings of Dust‘s Facebook page yesterday: 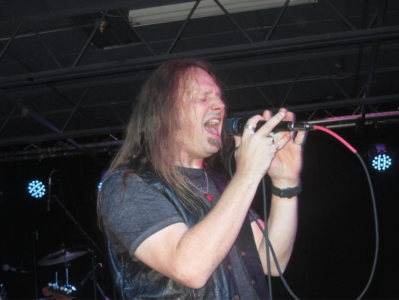 “Under the heading of things happen we are announcing that Kings of Dust and Michael Beck have decided to part company. Michael will be off to new and exciting musical  adventures  and Kings of Dust will be staying the course,  finishing up writing and recording  record number two. We wish Michael the best…

In an interview with Sleaze Roxx back in April 2020, bassist Greg Chaisson was asked how come it took so long for Kings of Dust to release their debut album to which he replied:

The motivating factor for me was that a couple of local musicians were saying “Is Chaisson still trying to float that Kings of Dust thing?” and “Kings of Dust is done and it’s never gonna happen.” They thought it was actually funny. So of course, that pissed me off and gave me the motivation I needed to get back to work. So, we got back together, wrote some more songs along with keeping some of the older songs. I think it’s a really good mix of songs. A lot of people have asked me why I would put 13 songs on a record and my response is that it covers a long time period. I thought all of those songs deserved to be heard. The funny thing is that the two musicians that made the motivating comments both ended up buying copies of the CD and saying that they wished they could have played on it!”