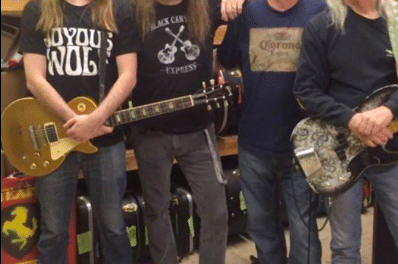 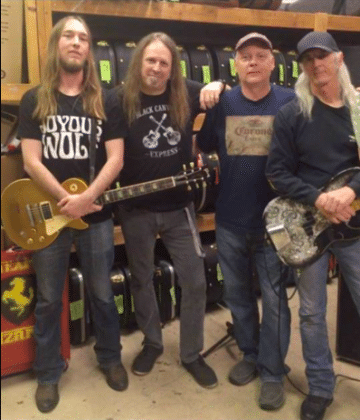 The following message was posted on Kings of Dust‘s Facebook page less than an hour ago:

“As it is so common in bands

Kings of Dust and this excellent guitarist Michael Arms have decided to part company. We all decided we are just not going in the same direction. Not to worry, his brilliant playing will be featured extensively on the upcoming KOD release as he has played on all the rhythm tracks and will be featured on a few of the solos as well. We will continue on our path and we wish him the best of luck as he continues on his. He will continue to work at

Bizarre Guitar with me and we will all continue to be great friends! At the end we all had a group hug and sang Kumbaya?
As far as who will be playing guitar… We still have a few tricks up our sleeves…..”