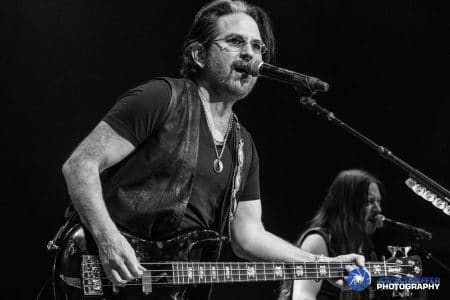 Kip Winger was asked about the status for new Winger material to which the bassist replied (with slight edits):

“Oh we’re writing right now. The problem is just that everyone’s so busy we’re just trying to find the time. Reb [Beach] and I have already got a couple of songs for the new album and he’s coming next week to knock out a few more but he’s been touring with Whitesnake and it’s been hard for us to get together you know. But we will always make records. The main thing about our band that everyone should know is that we can’t wait to hang out with each other because we dig each other and it’s a fun hang!  It’s not like doing it just because we’ve got to get together and make some bread and we hate each other, we totally dig each other, we’re like best friends. So we’ll always do something. So we’re making an album right now, I don’t know how long it’s gonna take but we started already.”

In terms of Beach‘s contributions to the latest Whitesnake album Flesh & Blood, Kip Winger indicated: “I think Doug [Aldrich] kept all that to himself, Coverdale didn’t know that he had a secret weapon in his band till Doug left (laughs).”

You can read the rest of the interview with Kip Winger at The Rockpit‘s website.