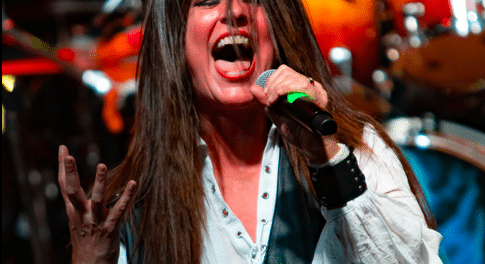 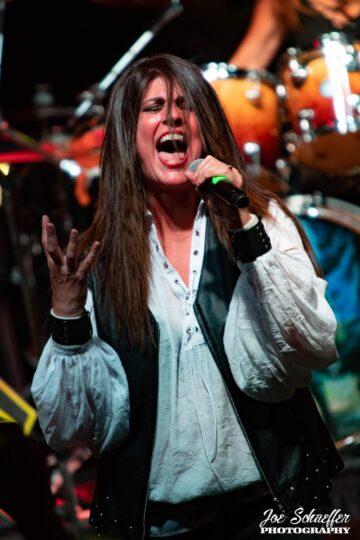 Rosenberg was asked whether The Iron Maidens are planning on releasing original material to which the singer replied:

“Wouldn’t that be fun? We’ve toyed with the idea, but we’ve just never put the time into creating originals together. We love what we do with The Iron Maidens, but folks are busy with other projects and endeavors outside of the band. So we’re happy continuing to just pay tribute to the mighty Maiden with this project. We do intend to release a fresh recording of Maiden covers at some point, which is long overdue given the band’s previous recordings were done prior to our current lineup.”

In terms of how she got into The Iron Maidens, Rosenberg indicated: “I discovered them while I was in my previous cover band while living on the east coast. I was blown away.  I thought to myself, “I want that singer’s job.” [Laughs]. As fate would have it, they were holding auditions for a new singer when I was visiting my family in California. I scored an audition, then won them over by wooing them with vegan baked goods (I owned a vegan bakery at the time). I don’t consider myself a particularly good singer but apparently singing Maiden is my niche. I guess those high school years spent rocking out to Maiden in my bathroom with my curling iron microphone paid off! As an added boon, the Maidens actually had a following. I was used to playing to a few mostly bored par patrons. [Laughs].”

You can read the rest of the interview with Kirsten Rosenberg at Vinyl Writer Music‘s website.