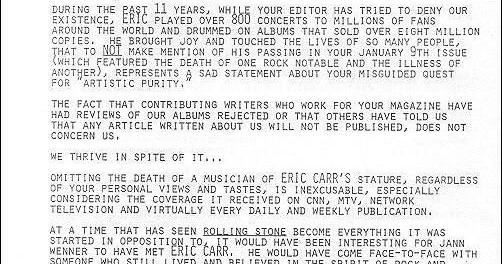 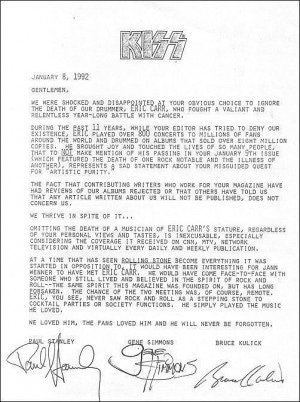 Carr‘s birth name was Paul Charles Caravello and he was born on July 20, 1950 in Brookyln, New York, USA. He died of cancer on November 24, 1991 after fighting the disease for more than a year.

Carr played on KISS‘ albums starting with 1981’s Music From The Elder all the way to 1989’s Hot in The Shade. Carr was part of one of KISS‘ infamous comebacks in their illustrious career with the return to form of the band with 1982’s Creatures Of The Night following the very disappointing Music From The Elder.