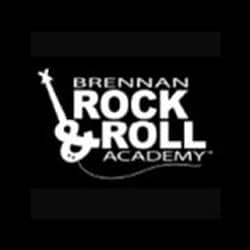 Las Vegas is gearing up for one of the year’s most star studded rock and roll charity events, The Fundraiser!

Keifer was recently interviewed on KOMP 92.3FM’s 92 Minutes Of Hair to talk about his new solo album ‘The Way Life Goes’ and the upcoming charity event. The entier interview can be heard at brennanrockandrollacademy.com.

The event will feature one band and a parade of singers with no breaks to reset the stage — just continuous rock from one legend to the next. This is a show that will go down in history as one of the greatest rock events of all time!

Tickets and VIP packages are availabe now at brraevents.com.

The Brennan Rock & Roll Academy offers children of the Boys and Girls Club a unique opportunity to not only learn about musical instruments, but to also grow and gain confidence by performing and working in groups. The academy was founded by Chuck Brennan, a philanthropist and owner of Dollar Loan Center who also made a 20 year commitment to the incredible program and facility in which the costs will total well over $3,000,000.