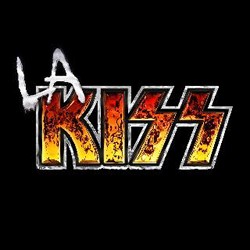 After a five-year hiatus, professional football will be returning to one of the largest and most exciting media markets in the country, Los Angeles. Rock legends KISS are bringing the high-octane entertainment of Arena Football back to Los Angeles with a new expansion team, the LA KISS.

“Season tickets are now on sale for what we know will be some of the most action-packed games ever played at the Honda Center,” said Paul Stanley of KISS. “Arena Football is played at a fast and furious pace and making season tickets available now for the budget-friendly price of $99 gives a whole new meaning to bang for the buck.” Additionally, all inaugural LA KISS season seat holders will be invited to a free KISS concert to take place at Honda Center in 2014!

“As a fast-paced, high-action band this partnership with the AFL was an obvious fit for us,” said Gene Simmons of KISS. “With Arena Football, you are much closer to the action — sitting in the front row is like putting a folding chair on the hash mark of an NFL game — and it’s one of the only sports where you can experience this level of intensity. Attending an LA KISS game in 2014 will be similar to a live KISS show, with thrilling, heart pounding action.”

The AFL, which is dedicated to playing and promoting in-arena professional football around the world, will mark its 27th season in 2014. With primetime TV broadcasts on CBS Sports Network every Saturday, and more than 150,000 fan connections each week, the League is poised to expand into homes across the country like never before. This new alliance with KISS will further strengthen the League’s bond within the expansive U.S. entertainment and sports industries. The ArenaBowl XXVI Championship game kicks off Saturday, August 17 at 1pm EST/10am PST and will air nationally on the CBS Television Network. The broadcast will feature a KISS halftime show on their new “spider stage.”

As the founding members of KISS, Paul Stanley and Gene Simmons have a vested interest in bringing football back to Los Angeles, a market that has always proved fanatical for both music and football. Both Paul and Gene are fans of the AFL and are excited to lend their own unique brand of non-stop action to games in Los Angeles that will blow fans away!

“This is a great business venture for KISS. They are lending their name to a sport which is destined for big things this year. It’s fantastic to have a team named after the band and it is a privilege to be able to support LA and bring the experience home,” stated KISS Manager Doc McGhee of McGhee entertainment, who worked to facilitate the partnership.

“With a global brand in KISS, an ownership group dedicated to showcasing a fast-paced and exciting sport and a world-class venue hosting the action — three great entertainment properties are converging with the overall goal of producing an unparalleled AFL experience for fans,” added Tim Ryan, CEO/President of The Honda Center. “This partnership marks a new era for the unification of sports and music.”

For more information on the LA KISS, or to purchase season tickets, please visit www.lakissfootball.com.