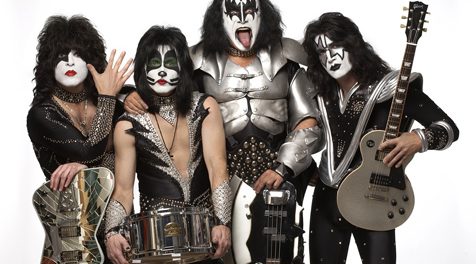 Will KISS be embarking on another final tour in the near future?

This may well happen with KISS‘ two remaining original band members now “senior citizens.” Stanley recently turned 66 years of age while Simmons will be turning 69 years old in August of this year. 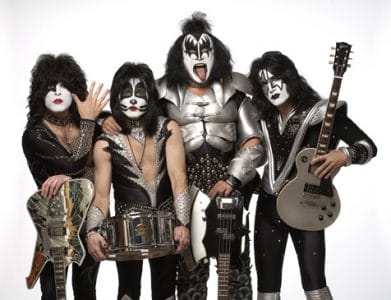 Blabbermouth has reported as follows:

“On February 8, Kiss Catalog Ltd., the owner of the intellectual property rights pertaining to the legendary rock group KISS, filed an application with the United States Patent and Trademark Office (USPTO) for the word mark “The End Of The Road“. If granted, the registration will protect the use of the standard character mark of “The End Of The Road” for entertainment services, specifically “live performances by a musical band.”

Word of the application has led to speculation among KISS fans that the band could be preparing to embark on its final tour.”

KISS first embarked on a “Farewell Tour” in year 2000.

Wikipedia describes the “Farewell Tour” and the decision for KISS to continue afterwards as follows (with slight edits):

“Kiss announced in early 2000 that they would be launching a U.S. Farewell Tour in the summer. The tour kicked off on March 12, 2000. The group quickly added dates to the tour, which ran through April 2001. 2000 also saw the release of a computer game, Kiss: Psycho Circus: The Nightmare Child, based on the comic book series Kiss: Psycho Circus from Todd McFarlane Productions….

On the eve of the Japanese and Australian leg of the Farewell Tour on January 31, 2001, [Peter] Criss suddenly left the band once again, because he and the band could not come to agreement with his contract salary. Taking his place was previous Kiss drummer [Eric] Singer who, in a move that was controversial among longtime fans, assumed Criss‘ Cat persona as the Farewell Tour continued.

With the band supposedly set to retire by early 2001, a career-encompassing collection entitled simply The Box Set, consisting of 94 tracks on five CDs, was released in November of that year, while the summer saw perhaps the most outrageous item of Kiss 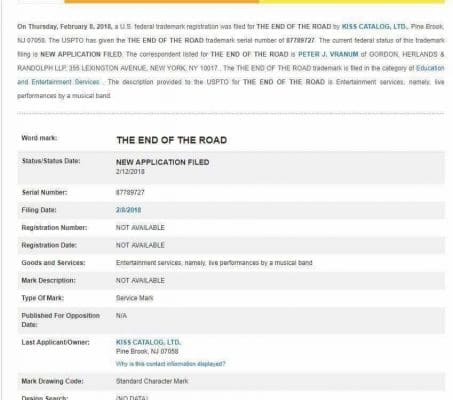 merchandise yet – the Kiss Kasket. In introducing the Kiss Kasket, Simmons quipped, “I love livin’, but this makes the alternative look pretty damn good.”

On December 4, 2001, Kiss was one of the honorees at the National Academy of Recording Arts and Sciences (“The Recording Academy”) Heroes Award ceremony, at the NARAS New York Chapter. NARAS has 12 chapters throughout the United States, hence 12 ceremonies throughout the year, with the honorees each being honored by the chapter closest to their residence. By receiving this honor, which NARAS has renamed the “Recording Academy Honors“, Kiss effectively received NARAS‘ second-highest career honor, right behind the Lifetime Achievement Grammy Award.

Kiss was relatively quiet through the rest of the year, but 2002 started with some controversy as Simmons took part in a controversial interview on National Public Radio with host Terry Gross. In February 2002, Kiss (with Singer on drums and Frehley on lead guitar) performed during the closing ceremony of the 2002 Winter Olympics in Salt Lake City, Utah. This was Frehley‘s final performance as a member of Kiss.

On March 6, 2002, Kiss performed a private concert at a resort in Trelawny, Jamaica. Frehley, who was no longer under contract, did not perform with the group. He was replaced by Thayer, who donned Frehley‘s Spaceman makeup and costume for his first live appearance with Kiss. That month, the band (with Thayer) taped an appearance on the American sitcom That ’70s Show. The episode, “That ’70s Kiss Show“, aired in August 2002. Thayer again performed with the group in April 2002, when Kiss performed “Detroit Rock City” (with pre-recorded music and live vocals) for an appearance on Dick Clark‘s American Bandstand 50th Anniversary show, which aired on May 3.”