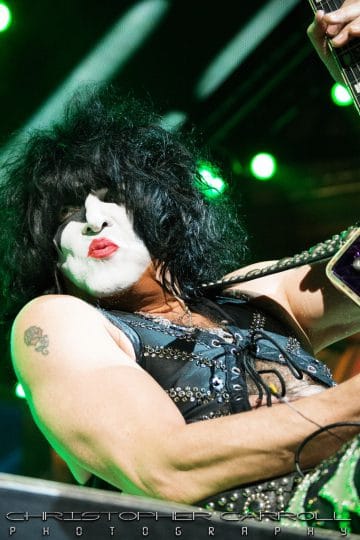 KISS‘ co-founder, singer and rhythm guitarist Paul Stanley was recently interviewed by CNBC and spoke about KISS‘ lengthy career and how he likes to decompress by painting.

“That pot of gold at the end the rainbow isn’t there for many… At this point, you’re virtually owned by the corporations that won’t stick by musicians like the old days.

“Sustaining success over the long haul is something that’s very challenging… At this point, we’re 40 years in, 100 million albums. So we’ve done quite well.”

Stanley also hinted at a major tour starting at the end of January 2019 as he advised:

“A major Kiss tour, I would say, starts at the end of January. It hasn’t been announced yet.”

“So, don’t tell anybody… Breaking news.”

You can read the rest of the article / interview with Stanley at CBNC.