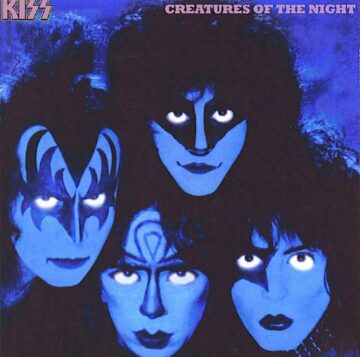 KISStorian Bob Nash was interviewed by Metal Mike for the 80’s Glam Metalcast podcast and outlined what occurred (with slight edits):

“Bismarck, North Dakota was the first show of the tour. The story is KISS allegedly performed in Love Gun costumes. The reason was because their wardrobe and gear was stuck in Denver because of a huge snow storm. So their current wardrobe girl stayed in Denver with the costumes. They contacted their former wardrobe girl and she went to the warehouse to grab some costume pieces to bring to Bismarck. She claims they were from Love Gun. The kicker is no photographic evidence has ever surfaced of it. I met Paul in 2015 and I asked him if they wore Love Gun costumes that night. He said it was correct to a point. He said it wasn’t really Love Gun, it was a hodgepodge of things. It was just a bunch of outfits thrown together. He confirmed it happened and he was surprised that I knew about it!”

You can listen to the interview with Bob Nash, Wesley Beech and Michael Bell on the 80’s Glam Metalcast podcast below: