Nash was asked about unreleased material for KISS‘ Music From The Elder (1981) era to which he stated (as transcribed by the 80’s Glam Metalcast podcast with slight edits): 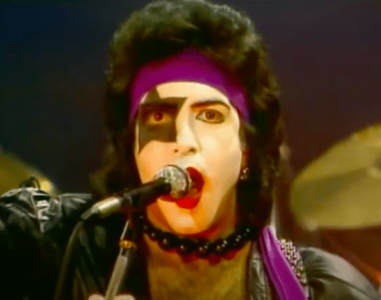 “Here’s why I would do an “Elder” Box Set. The same old stuff has been out there on YouTube for years, but there are more things out there that the band doesn’t have. Most fans have seen KISS perform “The Oath”, “World Without Heroes”, and “I” from the TV Show “Friday’s“. That afternoon of the “Friday’s” performance was also filmed. During that footage, Paul [Stanley] is teaching Ace [Frehley] the guitar solo to “The Oath”. It’s a train wreck! It’s crazy because Paul has to keep stopping and showing him parts. That has never been released.

The soundcheck itself is unbelievable. Some recent recordings have also surfaced from Ace in the hole studios. These are fantastic and its only Ace, Gene, Eric Carr, and Bob Ezrin. You can hear them talking between stuff. This recording has never seen the light of day. I think fans would pay through the nose to see and hear this stuff!”

Wikipedia states the following in part about KISS‘ Music From The Elder album (with slight edits): “Music From The Elder is the ninth studio album released by American rock band KISS on the Casablanca Records label in 1981. The album marked a substantial departure from their previous output with its concept and orchestral elements. Due to poor sales, KISS did not embark on a supporting tour for the first time in its eight-year history, opting instead to make a handful of promotional appearances. Music From The Elder was the first album with drummer Eric Carr and the last album to feature Ace Frehley until their 1996 reunion Alive/Worldwide Tour apart from appearing on the cover of the compilation album Killers and the next album Creatures of The Night and a handful of promotional appearances with the band until late 1982.”