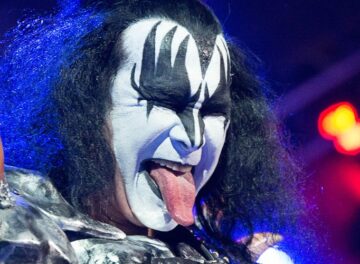 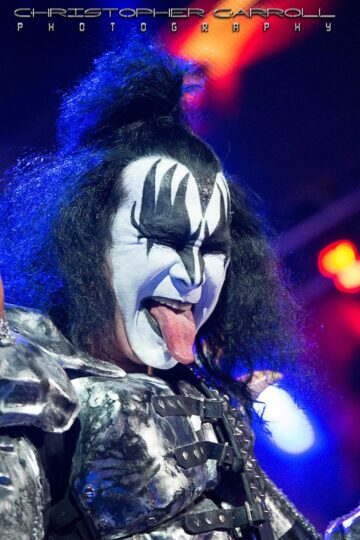 In terms of his initial discussions with Paul Stanley and Gene Simmons to manage KISS, McGhee indicated: “It kicked off because I had seen the Unplugged show, but I wasn’t part of Unplugged in any way. They had done that, and I think that’s what kind of gave them the theory to go out and to try to put things back together again. So at that point, Paul and Gene started to look at people that they felt could do the job the right way. So, I was one of the few people that were talking to, and it came down to what I was saying, and what they were saying was just in line with each other. I felt it was stadiums, and I said, “Let’s blow this up.” There were some people at the time who were saying, “Let’s do theaters and all that stuff,” but they chose the stadium route, which is where we went, and where we’ve been.””

On whether there will be some KISS alumni such as Ace Frehley, Peter Criss or Bruce Kulick joining Stanley, Simmons, Tommy Thayer and Eric Singer on stage during KISS‘ final show, McGhee stated: “Honestly, I don’t know. You can invite them, but they may not come. They may come, they may not come, and we might not invite them. We’ve talked to them, and we’ve talked about it. Well, we don’t talk to Peter, but we do talk to Ace. We haven’t talked to Peter in a long time. But you know something? They were part of it, they aided in starting this band, and they should be part of the end of this. They started this, so in some way, they should be able to share that spotlight on the way out. Now, regardless of if it happens or not, you’re not going to get six guys up there in makeup. That’s not going to happen.”

You can read the rest of the interview with Doc McGhee at Vinyl Writer Music‘s website.