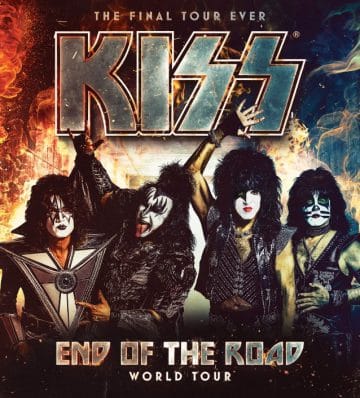 Interestingly, KISS will be playing some of the same cities again such as Montreal (Quebec, Canada), Toronto (Ontario, Canada)and Columbus (Ohio, USA) on their second round of tour dates and even though the dates in those cities are only about five months apart.

“Just announced – 25 NEW dates added in the U.S. for the End Of The Road Tour!